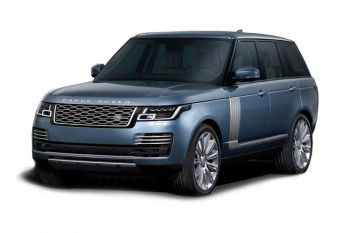 Fleet News has reported that a £120,000 Range Rover Autobiography was stolen from a supermarket car park in Walthamstow, London, in just 80 seconds by thieves taking advantage of weaknesses in the keyless entry system.

See the full article below.  Although the vehicle had a tracker and was found within 12 hours having your vehicle stolen in the first place isn't a pleasant experience.

MPH offers a solution that stops thieves driving away in your car in the first place. This gives you peace of mind.

By fitting a GHOST immobiliser this stops the thieves starting the car even if they have the keys to your car in their hands.

To find out more head over to our GHOST webpage to click here for a call back.

A £120,000 Range Rover Autobiography was stolen from a supermarket car park in Walthamstow, London, in just 80 seconds by thieves taking advantage of weaknesses in the keyless entry system.

The vehicle was recovered by the Metropolitan Police within 12 hours, thanks to the fitment of a tracking device.

Clive Wain, head of Police liaison for Tracker, said: “It is believed that this vehicle was stolen by professional criminals who followed the owner to the supermarket from her home, waiting for an opportunity to steal the prestige model."

“At home, the valuable car was always well protected on the driveway, with a wheel clamp fitted and a van parked across the driveway entrance to prevent any chance of theft. CCTV footage of the supermarket car park clearly shows the thieves breaking into the car and driving away in less than two minutes, in an indisputable case of organised crime and keyless car theft.”

The car’s owner, Mrs Syuleyman, initially did not believe the car would ever be recovered. She said: “I know the risk of theft is high for such a valuable car, particularly as it has had some additional modifications. That is why we always protect the car so carefully when it is parked at home. I never imagined it could be stolen so quickly and easily from a public car park while I was shopping a few metres away.

Wain continued: “When Mrs Syuleyman’s car was recovered, it appeared that the thieves had searched it for tracking devices before leaving it parked unaccompanied to see if the police would track its whereabouts. Because the Tracker device was professionally installed, the thieves were unable to find it, leaving the police to quickly track its location. Without a Tracker installed, it is unlikely this story would have had a happy ending.”

Although a tracker was fitted and the car was recovered adding a GHOST immobiliser as well would have prevented the car being taken in the first place.

For more information on Ghost or any other security devices please call 01242 505051 or request a call back and one of our team will be in touch.

MPH Vehicle Solutions Limited are a credit broker and not a lender, we are authorised and regulated by the Financial Conduct Authority. Registered No : 677046

Disclaimer: All vehicle images and descriptions are for illustration and reference purposes only, all vehicle leases are subject to credit approval and subject to change at any time. E&OE.