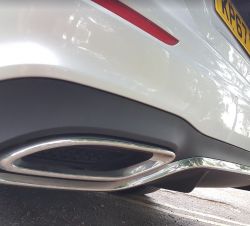 UK Prime Minister Boris Johnson has revealed Government’s plan to ban the sale of new purely petrol and diesel-powered cars and vans by 2030 as part of a 10-point “green recovery” plan.

However, the PM has said that the sale of plug-in hybrid electric vehicles (PHEV)  that include cars and vans which can drive a significant distance on electric-only and without the need for a combustion engine will be given a five-year extension to 2025.

We are not going to stop driving petrol and diesel cars at midnight on 31 Dec 2029 and all the petrol stations close down. What we are seeing is many new models being fitted with some form of mild hybrid battery and a PHEV/ electric vehicle being added to the model line up as we speak so we are well down the road to reducing emissions.

We need to remember that a vehicle life cycle is around 7 years so a new model released today will not see a completely new model until around 2028 so there is no need to ditch your petrol and diesel cars just yet. Remember that a new diesel or petrol car is actually very efficient and produces very little emissions compared to models produced even 5 or 6 years ago.

Manufacturers will continue to develop and produce more hybrid and electric cars and we are seeing new versions coming to the market all the time. The infrastructure supporting these vehicles will get better with more charging points being added all the time.

I think we might also see alternative charging methods, maybe a battery swapping system and new technologies like Hydrogen vehicles coming onto the market.

Here is the government 10 point plan to reducing the UK emissions.

For the car industry and to support this acceleration, the Prime Minister has announced:

This will help protect and create thousands of new jobs, particularly in the Midlands, North East, and North Wales.

The PM will also launch a consultation on the phase out of new diesel HGVs to put the UK in the vanguard of zero emission freight. No date has been set yet. 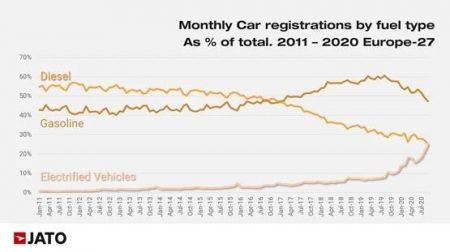 For the first time, we have seen EV and Hybrid cars outsell diesel across Europe. with diesel now officially the least popular fuel type in Europe, according to analysis of new car registrations.

At MPH we are seeing more and more people enquire and lease EV and Hybrid vehicles. Key reasons are lower BIK tax for company drivers, perceived to be going green as a company and savings on fuel costs but going part or fully electric.

While purchasing a new EV or PHEV is still more expensive, leasing an EV or PHEV vehicle is as cheap if not cheaper than their counterpart diesel and petrol engines and will lower BIK tax and running costs makes then an attractive proposition.

MPH Vehicle Solutions Limited are a credit broker and not a lender, we are authorised and regulated by the Financial Conduct Authority. Registered No : 677046

Disclaimer: All vehicle images and descriptions are for illustration and reference purposes only, all vehicle leases are subject to credit approval and subject to change at any time. E&OE.